2014 Freedom Award to be held in the Oslo Bristol 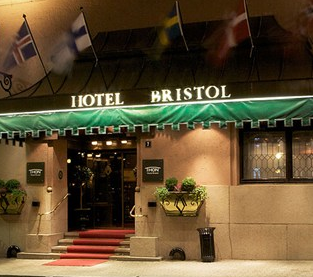 The The Sakharov Freedom Award 2014 will be awarded at a ceremony at Hotel Bristol in Oslo on 13 November 2014. The €50,000 prize has been awarded annually since 1980 by the Norwegian Helsinki Committee under the auspices of the European Parliament. The prize this year will be given to political prisoners in Azerbaijan, divided among 98 identified figures who are some of the most knowledgeable, experienced and visible human rights defenders, journalists, youth activists and opposition politicians.

Oslo is the peace capital of the world. Jazz on a Cold Winter Night, set in the Hotel Bristol during a the Nobel Prize ceremony in Oslo, is one of the short stories in High Times at the Hotel Bristol.

Kempinski Bristol celebrates with a Trabant 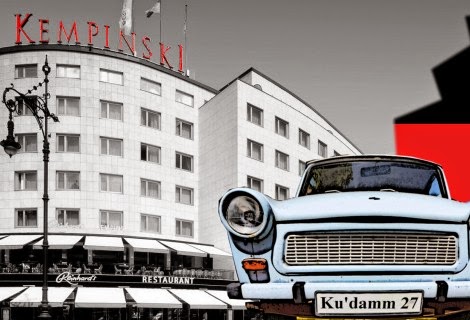 On November 7–9 the Kempinski Bristol in Berlin is joining in the 25th anniversary celebrations of the fall of the Berlin wall by offering guests and visitors tours in a Trabant, that plucky symbol of East Germany.