A marriage made in Oslo's Hotel Bristol 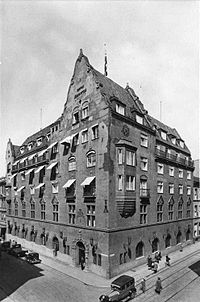 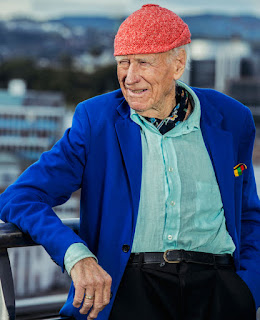 Congratulation to Olaf Thon (right) and Sissel Berdal Haga, who just got married on the roof of the Hotel Bristol in Oslo. This was the first hotel that Norway’s richest businessman bought, and the former farm boy now runs Norway's largest private real estate company, with 60 hotels among its 450 possessions, including the Hotel Bristol in Bergen and the Bristol Stephanie in Brussels. He has described the Bristol in Oslo as his ‘second home’. Thon, 95, married Sissel Berdal Haga, 79, whom he had known for more than 30 years. Both have been previously married: Thon’s wife had suffered from Alzeimer’s for some time and died last year. The 20-minute ceremony was conducted by Oslo mayor Marianne Borgen, and was attended by around 200 guests

The Oslo Bristol (above) dates from 1920, and is described on page 48 of All the Bristol Hotels in the World.  It is also the subject of a chapter in Hotel Bristol Stories. 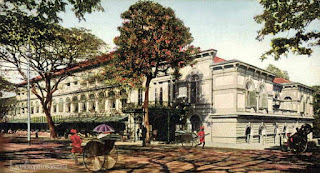 Better news this morning from Sri Lanka, of a conservation movement started in the Bristol Hotel in Colombo on May 7, 1894.
at 02:31 No comments:

The Bristol in Bristol VA in Top 10. 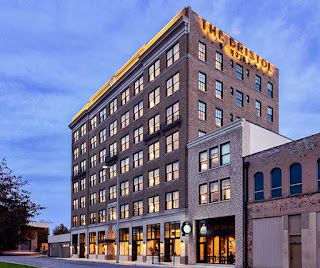 The Bristol Hotel in Bristol, Virginia, has been voted No.8 in USA Today's Best New Hotels list in its Readers' Choice Travel Awards. Industry experts selected hotels to go on an initial list that then went to a popular vote to find the Top Ten.
There used to be a grand Hotel Bristol in the city, which has not survived. 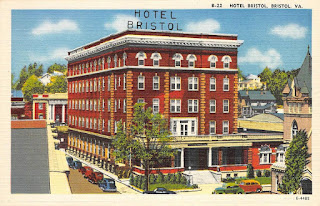 The new boutique hotel inhabits an office block built in 1925 by a nephew of the tobacco company chairman R.J. Reynolds and later used as executive offices for business leaders. The hotel opened in September in time for Bristol's Rhythm and Roots Reunion. The 65-room bou­tique hotel has a rooftop bar with views of the Appalachian Mountains, street-front dining and an historic ballroom.
The overall winner was not far away in the Margaritaville Resort Gatlinburg in neighbouring Tennessee 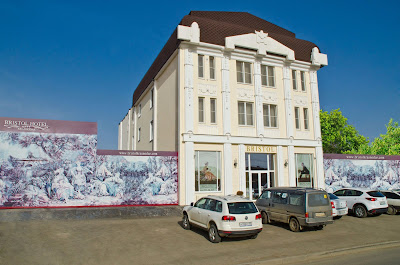 The Hotel Bristol in Krasnodar, in Russia’s north Caucasus, doubles as an antiques saleroom. The 4-star, 24-bedroom hotel is decorated in French bourgeois style of the 19th and early 20th centuries, and its furniture is for sale. "In the hotel any piece of furniture is available to buy to your liking,” it says. “All the exquisite luxury goods that you can use for your past: furniture, chandeliers, tapestries, antique mirrors, porcelain, watches and paintings.”

Russia’s Bristol hotels are described in the chapter on the country, which starts on page 51 of All the Bristol Hotels in the World
at 09:38 No comments:

The future of the grand Hotel Bristol in Belgrade, built in 1912 and the focus of the city's elite in Tito's day, is uncertain. Used by the military, and by displaced families in the 1990s conflicts, it is still owned by the Serbian Ministry of Defence, but it has been padlocked since then end of August and its future is uncertain.  Read the fill story from BalkanInsight here. 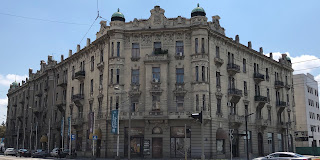 
The old Hotel Bristol in Karachi is a great place for a photoshoot, as these Instagram pictures show. The story of the hotel is told in All the Bristol Hotels in the World 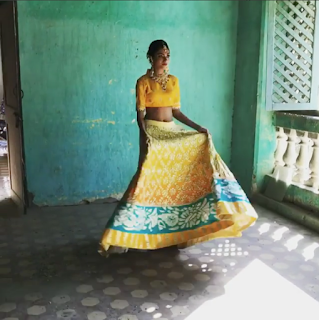 An invitation to cool Frankfurt from the Bristol

Frankfurt is singing itself up to take over from Berlin as the coolest city in Germany, we are told. At its heart is the red-light district, Bahnhofsviertel, where clubs and restaurants have been thriving. The area has resisted gentrification, but many have visited, some staying at the modern Bristol Hotel, started 15 years ago by Mickey Rosen, who says:  “Even the conservative locals love to dive into a different world. It just took someone they trusted to invite them to the area.”
at 05:49 No comments: