High Times at the Hotel Bristol on BBC Radio 4

JAMES BOND IN PANAMA
Judi Dench chose The Bristol Panama to stay in while recently shooting scenes for Quantum of Solace, the latest James Bond film in which she once again plays "M", with Daniel Craig as 007. Her stay lasted a week, and though the hotel, one of the best in Panama city, may have appreciated her visit, the location was chosen to represent Haiti. The film's title comes from a short story by Ian Fleming, and it reflects how Bond's heart had been broken at the end of Casino Royale. "When relationships go wrong," Craig told a press conference, "when there's nothing left, when the spark has gone, when the fire's gone out, there's no quantum of solace. At the end of the last movie, Bond has the love of his life taken away from him and he never got that quantum of solace." Now he is out to get the man responsible.
__________________________________________________

TRAGEDY AT THE NEWQUAY BRISTOL
A coroner in Truro, Cornwall, has recorded a verdict of suicide in the case of Robert Cheetham, a 38-year-old GP who was found dead in the Best Western Hotel Bristol in Newquay on December 5. The doctor, who was married with two children, worked for the Kernowdoc 24-hout GP service. Two days previously, following a call, he had erroneously driven to Bodmin instead of St Austell, a mistake he was convinced would cost him his job. He was found at the Bristol Hotel in Newquay after being reported missing by his wife. He had injected himself with an overdose of diamorphine.
The Hotel Bristol has been run by the Young family since 1927.
________________________________________________

THESSALONIKI'S BEST
The 412-room 4-star Capsis Bristol in Thessaloniki, Greece, had a good mention in the Observer this month. "The city's only boutique hotel has a range of rooms tastefully decorated in period style, with doubles from around €160. There is a gourmet restaurant and a classy first-floor terrace to boot," wrote Rough Guide author Nick Edwards
For a new High Times at the Hotel Bristol story about the Thessaloniki Bristol, see City of Ghosts
________________________________________________

LESSON FROM THE OLD BRISTOL HOTEL IN PARIS 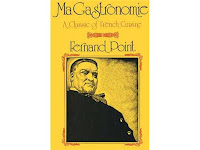 "Cooking demands complete dedication. One must think only of one's work. When I began as an apprentice I was in the kitchen at five o'clock in the morning and I did not stop until eleven at night, with just a couple hours rest in the afternoon. That was my schedule in 1914 at the Hôtel Bristol in Paris. It has been my schedule ever since. It's too much isn't it? But la grande cuisine is pitiless!" — Fernand Point (1897–1955), father of modern French Cuisine. He was the chef-owner of de la Pyramide in Vienne, where Paul Bocuse trained. A recent mention of his cookbook, Ma Gastraonomie, in the Wall Street Journal sent the price of his 1969 book rocketing. The Hotel Bristol in Paris was then in the Place Vendôme, see Suha Arafat and the Hope Diamond, chapter 19 in High Times at the Hotel Bristol.

From The Guardian, Jan 13: "Smooching their way through a five-course lunch yesterday at an exclusive Paris restaurant, President Nicolas Sarkozy and Carla Bruni made it clear that they care nothing for what anyone thinks, including their gooseberry guest of honour, Tony Blair. The former PM was invited to the five-star Hotel Bristol after addressing a rally of Sarkozy's Union for a Popular Movement party. But all eyes were on the 40-year-old Bruni, who every now and again lifted her sunglasses to lean in and nuzzle the presidential cheek. Sarkozy reciprocated with kisses and cuddles, oblivious of any uncomfortable fidgeting from those around them."
Fashion shows are a regular event at Le Bristol, which was the chosen venue for a recent ceremony to award Jonathan Newhouse with the Ordre des Arts et des Lettres. The chariman of Condé Nast Internationlal, and nephew of founder Si Newhouse, once told a magazine "Throughout the years my family has worked in the same way – seriously and in a quiet manner. Our style has been to concentrate on the business and not to seek attention for ourselves." But at the glamorous Bristol, with Karl Lagerfeld, Stefano Pilati, Alber Elbaz, Nicolas Ghesquière, Franca Sozzani, Carine Roitfeld, Pharrell Williams and Pat McGrath in attendance, he was a little more conspicuous than usual.
____________________________________________________

L.A. REVIVAL
This story has been going around for a while, and it might not happen yet. Los Angeles restaurateur Adolfo Sauya and smart designer Dodd Mitchell, who are behind the fashionable Zen Grill & Sake Lounge in Westwood, have a plan to put their and culinary and design skills towards reviving the 1927 Art Nouveau Bristol Hotel (pictured) on 8th and Olive streets. Their plan, initially slated for compketeion three years ago. will give it up to 100 rooms, an Asian-themed restaurant, a bar and a nightclub. It's all part of the sign that downtown L.A. is on its way up.

Back to the latest news